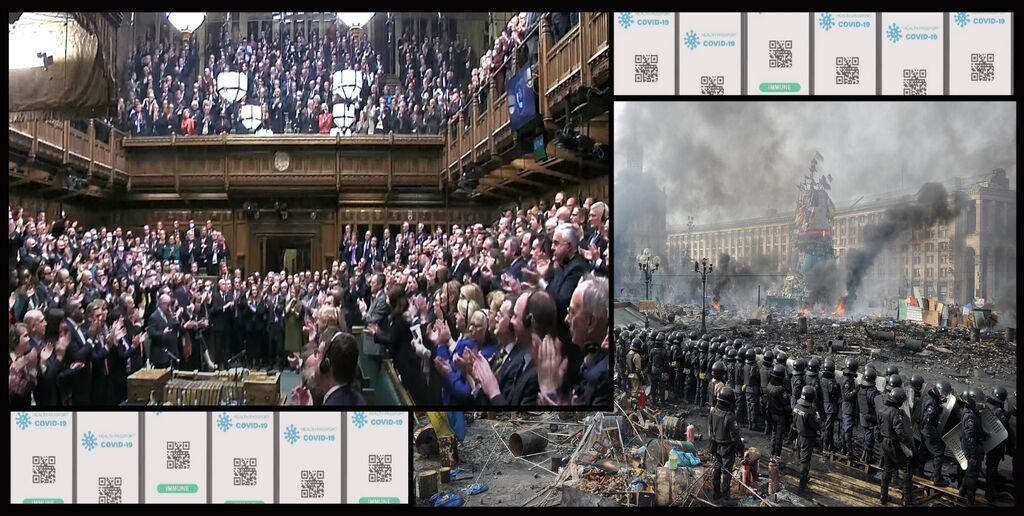 As the pregnancy of truth, approaches its full term
Narrators of the puppet show begin to squeal and squirm
They deal the war card to the world; creating a diversion
Knowing it will steal the show, from vaccine death aversion

Cyber news plays loud its tune, lost focus draws men back
His train of thought diverted; it drifts from reasons track
On cue, the smokescreen battle’s cast, below a cloud of fear
Whilst branded on computer drives, the Devils mark grows near

Self-applauding politics, puts forth a bogus story
Portraying acts of righteousness, rewarded with false glory
The nightmare plot, drawn up by fiends, is focussed on a win
They play their hand in open sight, knowing well that it’s a sin

All those who doubted evils hand, are loathed to see the plan
Some drown their heads in make believe, hiding whilst they can
But weathered by the tears of all, they will be forced to know
Concealed beneath suspicions shroud, truths child will start to grow